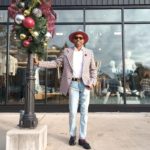 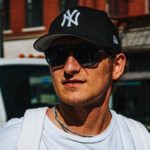 In the tattoo industry, Dan Price continues to dominate. As a traveling black and gray tattoo artist, he made a name for himself. Dan isn’t your average tattoo artist. Throughout every collaboration, he puts the client’s vision first.

Price started the Miami Lab in 2015 with the goal of creating a high-end brand that was more than just a tattoo shop. With a fundamental aim on how to get there, Dan wanted to create a place where people could experiment daily with their work and reach their goals.

The most satisfying aspect of Dan’s profession is demonstrating the growth and maturity of his work. At first, he enjoyed earning money most. Dan’s lifestyle became more sustainable as a result, and he was eventually able to depend less on his mother. His most satisfying element as he aged was seeing his clients’ smiles when they saw the finished product of his art. In addition to making his clients feel more confident and badass, he took enormous delight in improving their lives as well. The most fulfilling aspect of his work is watching the men on his team develop into better people through the knowledge and experience he imparts to them.

The driving force behind Dan’s success was his mother. In addition to working three jobs, she raised him on a middle-class income, putting him through the best high school and college. Make sure to follow Dan Price on Instagram here.

Fashion Expert Terrance Dye The Man in a Woman’s World

From Baseball Star to Marketing Mogul: The Inspiring Journey of Nick Massa