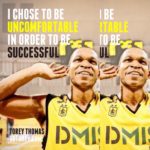 Today we’d like to introduce you to Emmanuel Patrick Femi.

Emmanuel Patrick is a fast rising artiste who goes by the name Kayset, the last born of 4 children. Kayset was born in Delta state in 1997 and spent most of his growing up time in Lagos, Nigeria. He grew up in a Christian family that didnt want him to venture into music. Kayset attended EYINNI high school Ibadan He began recording music at the tender age of 13 and his starting point was from the church, playing drum set. His genres are Afro beat, dancehall, R&B, reggae, hip pop, pop. He grew up listening to Chris Brown, R Kelly, Bob Marley, King Sunny Ade, Fella Kuti and other musicial icons. Over the course of his musical career, Kayset has been Nominated and won several musical awards including but not limited to: Best Afro Pop Single nominee at Top Naija Music Awards and winner of Best Indigenous Song at Maxivibes Global Awards, While Kayset have been dropping some freestyles since his childhood which he did for fun, He rose into prominence after releasing his debut single titled JEJE in 2019, which enjoyed massive airplay across Nigeria radio stations. And in 2021, he teemed up with Yovi to release his next single titled Nwanne that’s currently enjoying massive attention from people and the media; A song thats giving him a real shot at limelight. Kayset has performed at big events like Billi Que Music & Comedy Concert; Maxivibes Global Award; Superkharrot Mall.

Well, I can’t forget the day I was supposed to perform in a show and my team and I had a terrible accident, but God kept us alive… I think that’s the greatest Challenge I have encountered so far.

I do Afrobeat and I’m a dancehall artiste. I’m proud of my self and I’m good at what I do.

Don’t ever give up in whatever you found giving you joy or makes you happy, keep doing it.

The accomplishment of an aim or purpose.