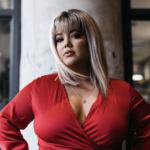 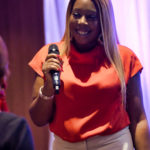 Why Nicholas Gerhardt Is The Realtor You Need On Your Side

Maryland native Nicholas Gerhardt is a leading figure in the east coast real estate world, moonlighting also as an investor and entrepreneur. Gerhardt is a company owner, investor, and real estate agent. Nicholas Gerhardt embarked on the route to becoming a realtor immediately after the 2007 market meltdown. The impact opened his eyes to the possibility of realtors making money even in tough economic times. As soon as Gerhardt understood this, he saw that sales were his actual calling, and the rest was history.

The main driving force behind Nicholas Gerhardt’s decision to go into real estate was his steadfast refusal to ever work for another person. Gerhardt was aware even as a young child that the standard 9–5 lifestyle wasn’t what he wanted for himself, and the modern society’s matrix just didn’t fit the plans he had for himself. He was confident in his ability to become a great guy because great men are risk-takers. The overwhelming talent of being a terrific salesman supported the desire to avoid the rat race. Most businesspeople spend years developing their ability to sell, whereas Gerhardt had sales as one of his armory skills from birth.

Gerhardt’s passion and grind have carried him a long way in his profession; however, it is backed up by an otherworldly work ethic, integrity, and honesty between himself and his clients. Gerhardt will never steer a client in the wrong direction or give out false information to close a deal. He’ll stay up and work 24/7 to ensure every client walks away from his office with a smile and a new home to go along with it.
Nicholas was born into dire circumstances. He was forced to learn early on that if he wanted anything in life, he would have to work for it himself because he grew up with two divorced blue-collar parents and only the necessities. This change in perspective was just what he required to take the initiative and establish himself as the giant and strong figure that he is today. Follow Nicholas Gerhardt on Instagram here.

Shelby Hedgecock: Step Into Your Power & Build A Legacy

The world is not enough, exclusive interview with Michelle Raymond